2019-20: Signed a one-year NHL contract with Edmonton in the offseason

FIVE FAST FACTS ABOUT HIS SEASON:
1) Career high in AHL points per game and had a career high four points (1g-3a) on opening night in an 8-1 victory over Stockton
2) Tied for the team lead with two shorthanded goals
3) Played in his 500th career game on December 21, 2018 in Colorado and recorded an assist
4) Led the Condors in playoff scoring with 13 points (5g-8a) in 10 games and scored the team’s first-ever Calder Cup Playoffs goal in Game 1 at Colorado
5) Recorded a career high four points (1g-3a) in a 7-6, Game 3 overtime victory in the Pacific Division Finals against San Diego.

WHAT HE’S SAYING:
“(This season) is a great foundation to build off of moving forward. There’s a nucleus of young guys with bright futures and everyone comes to the rink willing to put in the work,” – Malone on the core of players returning to the organization in 2019-20.

HIGHLIGHT OF THE YEAR:
Brad Malone scores shorthanded to open the Pacific Division Finals in Game 1 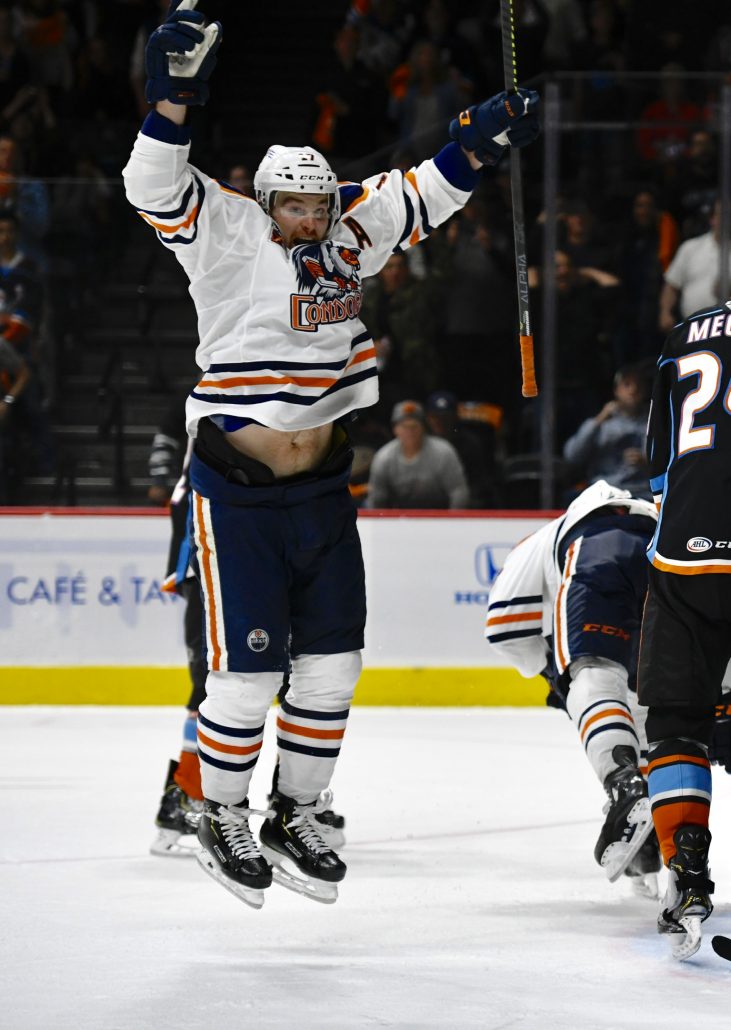 Next week, we’ll start to take a look at players coming into the organization who could have an impact on the 2019-20 Condors season. First up, is d-man Evan Bouchard, who joined the Condors during the team’s 2019 Calder Cup Playoffs run.