WHAT HE’S SAYING:
“(assistant coach) Dave Manson was huge for me and for our D corps. He sat me down from Day 1 and let me know what I needed to do to be a big time player. He was on us, and for me personally, he was huge for my development. I became really close with him”

HIGHLIGHT OF THE YEAR:
Caleb Jones rips home a goal in Iowa during the team’s early season sweep of the Wild 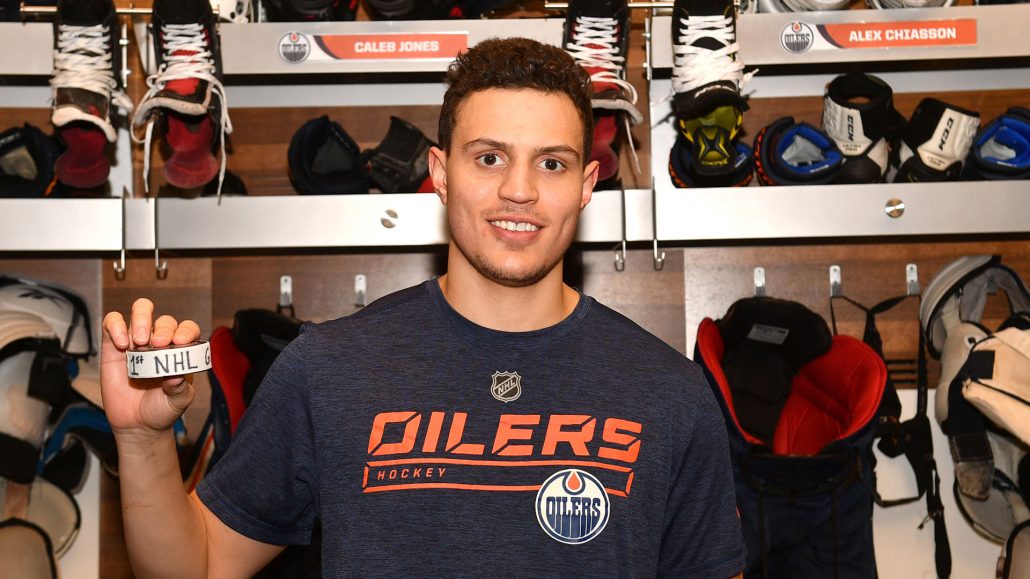 Check back every Thursday as we profile players to watch from 2018-19 and into 2019-20. Next Thursday, Ethan Bear will be profiled.

HIGHLIGHT | Jones goal of the year
Scroll to top