FIVE FAST FACTS ABOUT HIS SEASON:
1) Second on the Condors among d-men in scoring and his .60 pts/game were highest among the team’s blueliners
2) Career highs in games played, assists, and points
3) Finished the regular season at +14, a 22 +/- increase from his rookie season
4) Closed the regular season with 11 points (2g-9a) in his last 12 games
5) Scored in back-to-back games (2+3) in the team’s Pacific Division Finals series against San Diego

WHAT HE’S SAYING:
“This is a really big growth summer. I need to focus in on getting consistent everyday,” – Bear on his approach to the offseason

HIGHLIGHT OF THE YEAR:
Ethan Bear drives home his second of the Calder Cup Playoffs to give the Condors a 3-1 lead 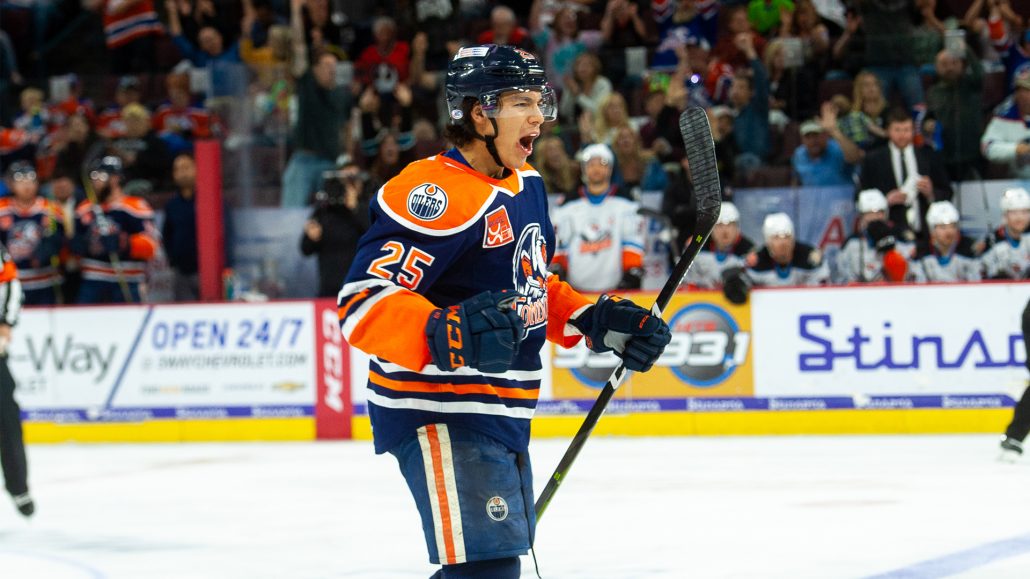 Check back each Thursday as we take a look at some of the faces from this past season who could have an impact in the upcoming 2019-20 campaign. Next week, Josh Currie will be profiled.

HIGHLIGHT | Bear Goal of the Year
Scroll to top