FIVE FAST FACTS ABOUT HIS SEASON:
1) Set a new Condors AHL record with 29 goals during the regular season
2) One of five Condors to make his NHL debut (December 31, 2018) during the 2018-19 season and had three assists in 15 games with the Oilers
3) Notched a hat trick, the first in the team’s AHL postseason history, in Game 3 of the Pacific Division Finals; he went on to lead the team with six goals during the Calder Cup Playoffs
4) Named AHL Player of the Week in February and led the AHL in the regular season with a 29.9% shooting percentage
5) Named to the 2019 AHL All-Star Classic in Springfield, Mass.

WHAT HE’S SAYING:
“I’m going to miss it. It’s sad. It’s a year I’ll never forget. I enjoyed it and it gave a lot of people enjoyment. Happy I was able to do that,” – Gambardella discussing his clean shaven face following an epic season-long beard competition with Evan Polei.

HIGHLIGHT OF THE YEAR:
Never one to shy away, Gambardella connects a few times during this fight in Colorado.

FROZEN MOMENT:
Days after his grandmother’s passing, Gambardella scores at home against Texas in November, and celebrates in her honor. 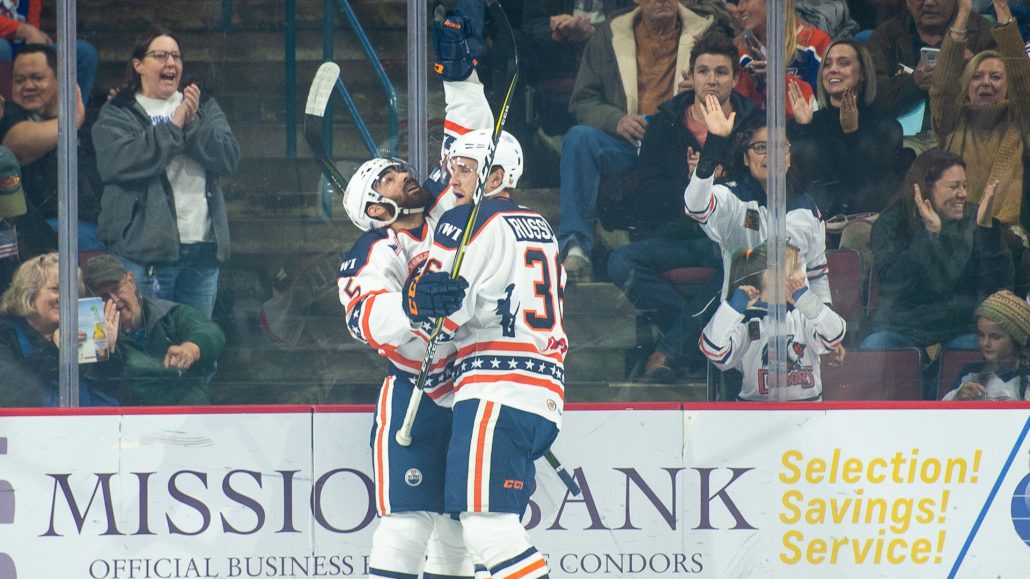 Check back each Thursday as we hit the rewind button on those who made the 2018-19 season great. Next Thursday is G Shane Starrett.