FIVE FAST FACTS ABOUT HIS SEASON:
1) Served as the Condors second captain in the AHL era and played the most games by a Condors d-man (67)
2) His 20 assists and 20 points were the most in a single season of his career
3) At +19, he had his best plus/minus rating of his career
4) Named the Condors AHL Man of the Year and a finalist for the Yanick Dupre Memorial Award for his work in the community
5) Led the team in postseason penalty minutes, including in a fighting major in the team’s first-ever Calder Cup Playoffs series clincher against Colorado; had six points (1g-5a) in 10 playoff games

WHAT HE’S SAYING:
“You look down the list in the room and practically everyone could say this was the best years of their careers and that’s a testament to the team we have,” Lowe on his best season production wise and the amount of players who had their best campaigns.

HIGHLIGHT OF THE YEAR:
Keegan Lowe drops the mitts in the team’s first-ever AHL playoff series clinching win over Colorado. 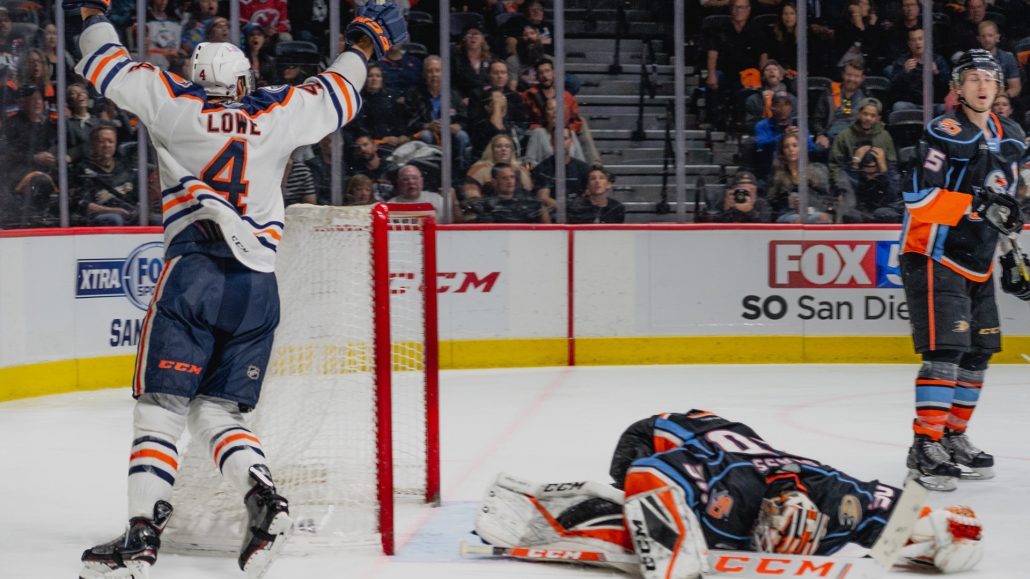 Check back next week as we profile Brad Malone in our final installment of the summer. Following Brad, we’ll take a look at some of the new faces you could see in Condorstown this upcoming season.