FIVE FAST FACTS ABOUT HIS SEASON:
1) Led all Condors d-men with eight goals
2) Led all Condors d-men and was third on the team in plus/minus at +25
3) His three game-winning goals during the regular season led all team d-men
4) Had a career-high three points at home against San Diego (1g-2a) on February 9 during the team’s historic 17-game winning streak
5) Scored the team’s first-ever Calder Cup Playoffs overtime winner in Game 3 of the Pacific Division Finals against San Diego

WHAT HE’S SAYING:
“I wanted to (grow offensively) and challenge myself to get outside my box. I worked hard on that all year,” William Lagesson on his uptick in offensive numbers in his first AHL season

HIGHLIGHT OF THE YEAR:
William Lagesson scores in overtime to secure a Game 3 victory over San Diego in the team’s Pacific Division Finals series

FROZEN MOMENT:
William Lagesson, who earned the nickname “The Big Swede”, celebrates Thor style after a goal at home against Manitoba 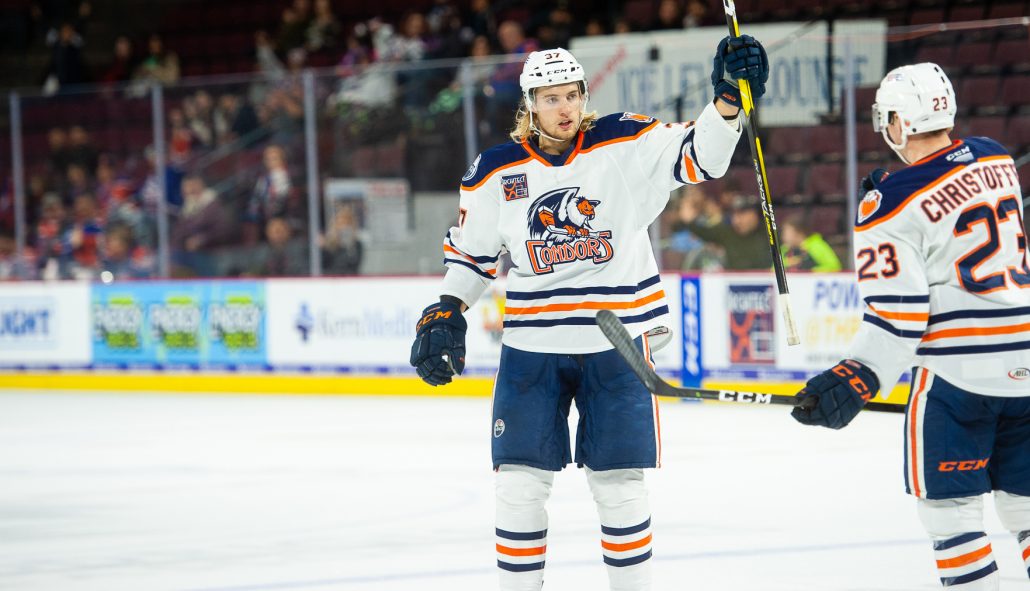 Check back next Thursday as we profile Logan Day and get set for the start of the 2019-20 season.