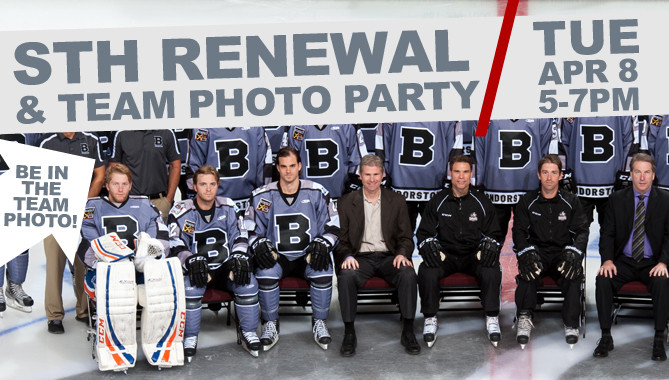 CONDORSTOWN, Calif. – The Bakersfield Condors, owned by the Edmonton Oilers, announced today an exclusive Playoff Party w/ the players to be held on Tues. April 8 from 5-7 p.m. at Rabobank Arena.
Fans will be able to watch the Condors team practice at 5 p.m. After practice, those in attendance will have the opportunity to be in the team’s playoff photo, between 6-7 p.m.! Appetizers will be provided as well.
All season ticket holders who renew by next Tuesday are invited to the event AND any person who purchases a NEW season ticket for next season by next Tuesday.
If you have not renewed, call 324-PUCK (7825) or click here.
If you are not a current season ticket holder, but would like to get on board for next season and take advantage of this great event, click here.

Sunday, April 6 – Skate with the Condors