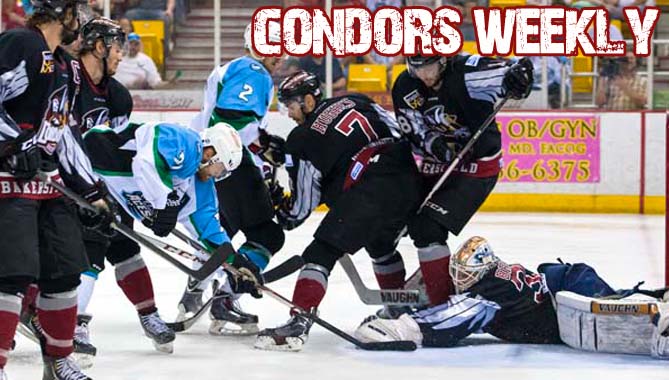 Notes from the Nest:

$5 Cardiac Margaritas!! With three overtime wins and four third period comeback victories, the “Cardiac” Condors have earned their moniker. This weekend we’ll be serving up Cardiac Margaritas for just $5 at all three games. Join the party!!

Wear white to the games as well to White-Out the Aces! We will give out Conference Finals rally towels on Friday night as well, while supplies last.

IN THE COMMUNITY
Tuesday