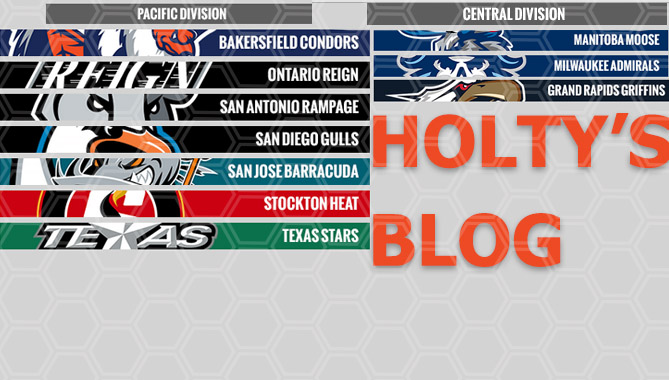 The schedule is out, so now everyone can circle those 34 dates and find out when you’ll be coming to Condorstown.

I’m not big for dissecting schedules, but I feel like we should have a little look-in at what is to come for the Condors in the American Hockey League.

You may want more analysis, but as I’ll remind you, it’s my blog and I’ll do what I want.

Other things to mention about the Condors schedule: 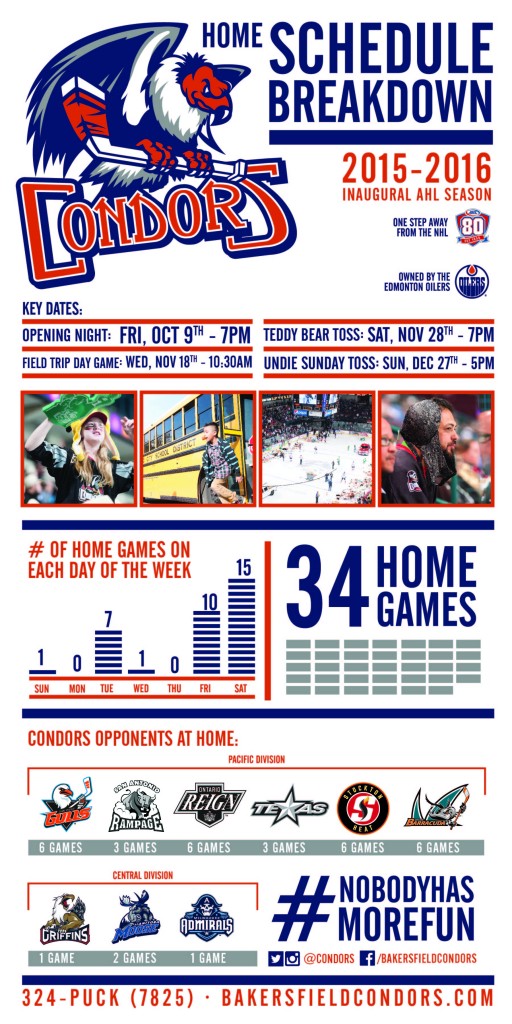 Until next time #Condorstown… This will be fun.

Ryan Holt is the voice of the Condors and enters his fifth year in 2015-16. He celebrated National Burger Day today by going to Burger Hut. Shoot him an e-mail rholt@bakersfieldcondors.com or tweet to him @Condors with blog ideas or comments.

Condors to play outdoors in Sacramento
Scroll to top