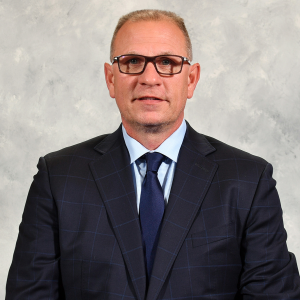 Keith Gretzky serves as the Condors General Manager and is an assistant general manager with the Edmonton Oilers, joining the organization in 2016. He previously worked as the director of amateur scouting for two NHL organizations in Boston (2013-16) and Phoenix (2007-11) in addition to being a scout for both franchises. Behind the bench, he was a head coach for the Asheville Smoke of the United Hockey League (UHL) from 1998-00 and the then Bakersfield Fog of the WCHL from 1995-98.

As a player, Gretzky played parts of five seasons in the International Hockey League (IHL) with Flint, Phoenix, and San Diego in addition to two seasons in the AHL with Rochester.