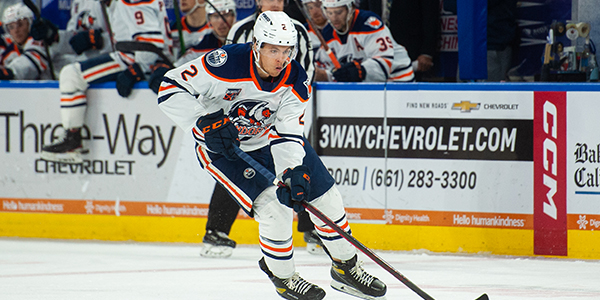 The Oilers have recalled d-men William Lagesson and Philip Broberg from the Bakersfield Condors while placing d-men Darnell Nurse and Slater Koekkoek on Injured Reserve.

Nurse played 31:21 for the Oilers in Thursday night’s 2-1 shootout victory over the Winnipeg Jets and leads the club in average TOI this season with 26:06. In 16 games, the Hamilton, Ont. product has produced 11 assists. Koekkoek left Thursday’s game against Winnipeg with a lower-body injury.

Smith suffered a lower-body injury in the second period of a 6-5 win over the Anaheim Ducks on Oct. 19 and has yet to return to the crease. After travelling with the team on their last five-game road trip, the veteran netminder returned to Edmonton early in the trip for re-evaluation.