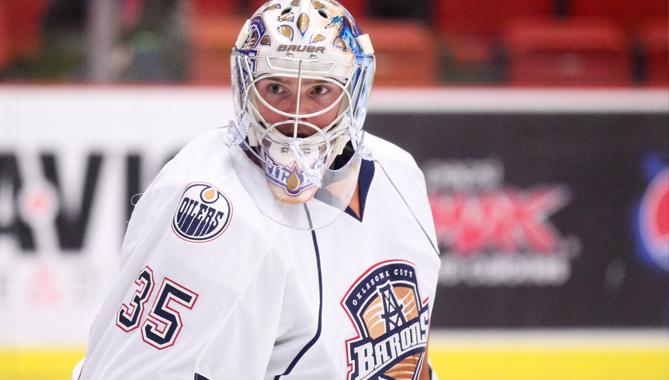 CONDORSTOWN – The Bakersfield Condors, ECHL affiliate of the Edmonton Oilers, announced today that G Tyler Bunz has been reassigned by the Oilers to the Oklahoma City Barons of the American Hockey League (AHL). In a related move, the team has received G Chet Pickard on loan from the Barons.

Pickard has made 10 appearances for the Condors this season with a record of 3-5-0, a 2.91 goals-against average, and a .881 save percentage.

TIP-A-CONDOR – TONIGHT!!! DON’T MISS IT!
Limited tickets remain for one of the most anticipated nights of the season, Tip A Condor presented by 98.5 The Fox. This year’s event returns to Firehouse, located at 7701 White Lane, on Tues. January 28 from 5-8 p.m. Every year Condors players trade their hockey gear in and become waiters, all in the name of a good cause. There will be tremendous auction items available to bid on and fans can interact with the players playing games, taking pictures, and more as the guys collect tips for the Kern County Shrine Club. Tickets are $25 … Call 324-PUCK (7825) to buy yours NOW!