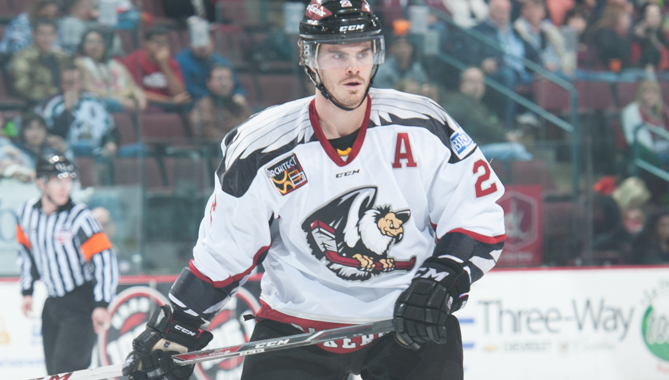 CONDORSTOWN, Calif. – The Bakersfield Condors, ECHL affiliate of the Edmonton Oilers, announced today that D Erik Burgdoerfer has been recalled by the Oklahoma City Barons of the American Hockey League (AHL). The Barons are in action tomorrow night in OKC against Texas.

Bakersfield heads on the road for four games, starting on New Year’s Day in Las Vegas at 2 p.m. The trip continues in Colorado on Friday and Saturday nights at 6:05 p.m.

NEXT HOME GAME
Saturday, Jan. 11 vs. Las Vegas
Tune In:

Choose four upcoming games and save over 20% on box office ticket prices with a Condors Holiday 4-Pack. These 4-Packs make great stocking stuffers and are the perfect give for the person in your life who likes to have FUN!! (They are also perfect for the person that you want to take you to Condors games….)