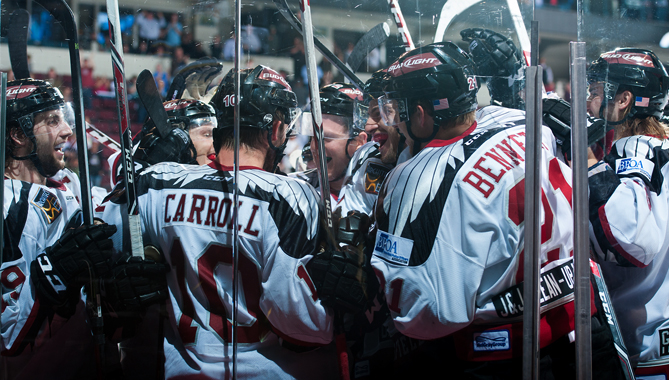 CONDORSTOWN, Calif. – F Andrew Carroll’s shot with less than seven minutes remaining in overtime found its way to the back of the net to propel the Bakersfield Condors to a 3-2 comeback victory in Game 4 Thursday night at Rabobank Arena.
The Condors lead the best-of-seven series, 3-games-to-1, with an opportunity to eliminate the Grizzlies in Game 5, Friday night at Rabobank Arena.
1st Period

OPENING ROUND OF THE PLAYOFFS
Condors (#6) vs. Utah Grizzlies (#3)
Home games BOLD