Blog - Latest News
CONDORSTOWN, Calif. – The Bakersfield Condors announced today that all 68 Condors regular season games plus playoffs will be broadcast live on Fox Sports 970 AM and thru the iHeartRadio App. It is the seventh season of the Condors partnership with Fox Sports 970 AM and iHeartMedia, which is also the home of the Los Angeles Dodgers and the Los Angeles Rams.
Other broadcast news includes Condors Insider, a one-hour radio show airing on Fox Sports 970 AM returning on Wednesday, Oct. 26 from 4-5 p.m. Condors Unleashed, a one-hour video show broadcast live and on demand at Bakersfield.com returns Tuesday, Oct. 25 from 2-3 p.m.
For full broadcast information: click here 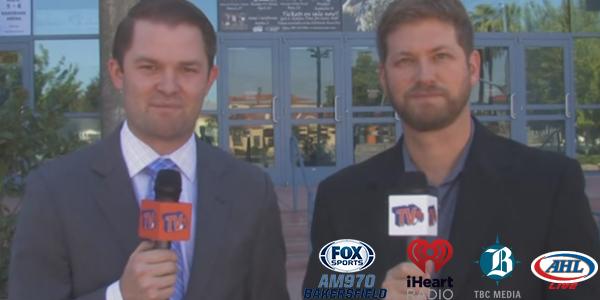 “Bakersfield is a hockey town! This is all due to the fantastic job the Condors have done in bringing premium entertainment to the market,” said Jeremy Price, Market President, Bakersfield, iHeartMedia. “iHeartMedia is thrilled to continue our partnership and on-air broadcast of Condors action on Fox Sports 970 AM and we look forward to another amazing season full of excitement. Go Condors!”

Get this deal now and book your seat for three HUGE games this season. Call 324-PUCK (7825) or click here for more information.