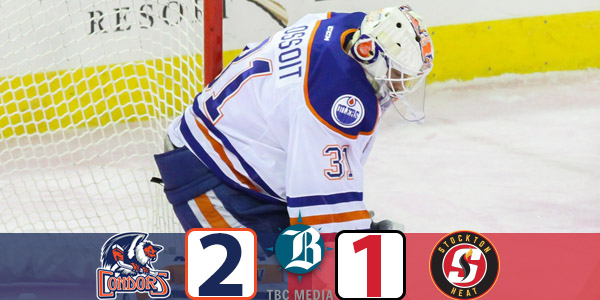 Bakersfield continues their five-game road trip in San Jose on Sunday at 3 p.m. The game will be carried live on Fox Sports 970 AM,www.foxsports970AM.com, the iHeartRadio App on your mobile device, and www.AHLLive.com.

HIGHLIGHTS FROM THE ROAD: Condors win 2-1
Scroll to top