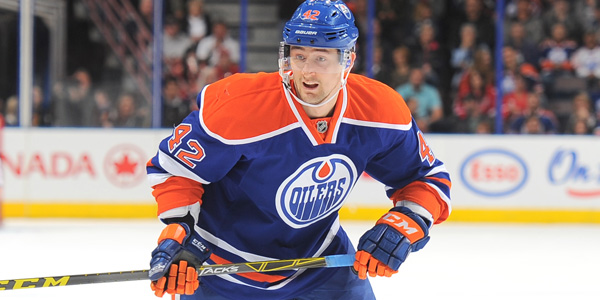 CONDORSTOWN, Calif. – The Bakersfield Condors announced today that LW Anton Slepyshev has been assigned to Bakersfield from the Edmonton Oilers (NHL). Also, Condors RW Andrew Miller has been recalled by the Oilers.
SLEPYSHEV – “SLEP-eh-SHEV” 21 years old, 6’2″, 187 lbs. Penza, Russia (stats)
Miller earns his second recall to the Oilers this season having played one game with Edmonton earlier this year. He is tied for second on the Condors in scoring with six points (2g-4a) in eight games.

Bakersfield continues their five-game road trip in Stockton on Friday at 7:30 p.m. and San Jose on Sunday at 3 p.m. Both games will be carried live on Fox Sports 970 AM,www.foxsports970AM.com, the iHeartRadio App on your mobile device, andwww.AHLLive.com.

Condors down Stockton, 2-1
Scroll to top