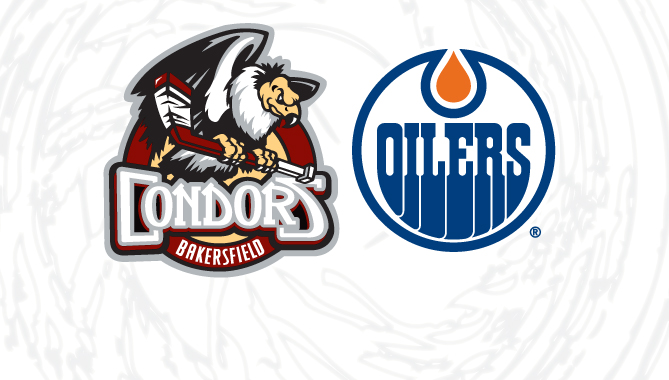 “We are thrilled to bring the Bakersfield Condors into the Edmonton Oilers family,” said Rexall Sports Corp. President & COO, Patrick LaForge. “The Oilers wanted an ECHL partner with strong ties to the community, a great fan base and league leading business and marketing operations. We found that in the Condors.”

“The deal will give the Condors a deeper pool of player talent and access to the expertise of the Edmonton Oilers business operations, while also ensuring what makes the team so special – its strong roots in Bakersfield and local management will remain intact,” LaForge continued.

Ownership of the Condors will allow the Oilers to coordinate the professional pool of minor league talent in the organization between the Oklahoma City Barons franchise of the American Hockey League (AHL) and now the Bakersfield Condors of the ECHL. The addition will also add another level to the current Oilers scouting staff, recommending players with potential to further develop in Bakersfield.

“Bringing Bakersfield into the fold will give us a coordinated approach to player development running between the ECHL, AHL and NHL,” said Kevin Lowe, Oilers President of Hockey Operations. “This gives us more options to look at a wider range of players, from late bloomers to undrafted free agents. We will see more quality hockey players in our system, players that can contribute to the success of our organization at all levels, including the NHL. This is an important piece in building a hockey team that can compete and win year in, year out.”

The Condors will give our coaching staff another opportunity to work with our players, in particular our goaltenders,” Lowe added. Goaltenders often develop over a longer time frame and Bakersfield will be an important step in their path to the NHL.”

The Condors will continue to play at the Rabobank Arena, in the heart of downtown Bakersfield, under the direction of General Manager John Olver and Head Coach Troy Mann. The team has become an entertainment staple in Bakersfield and has undoubtedly made an impression with promotions like Charlie Sheen night and bringing a live condor on the ice during the anthem.

“This is a monumental day in Condorstown,” said Team President Matthew Riley. “I would like to thank Jonathan Fleisig for providing us the vision and backing to establish our identity for the first 16 years of Condors history. This move represents an investment in our future, a strengthening of our organizational structure, and a commitment to the city of Bakersfield. The spirit of this organization remains unchanged; we will continue to be leaders in the community and are dedicated to providing affordable family entertainment for many years to come.”

The Edmonton Oilers Hockey Club and owner Daryl Katz value community investment and look forward to working with the city of Bakersfield to become a strong and contributing member in the community.