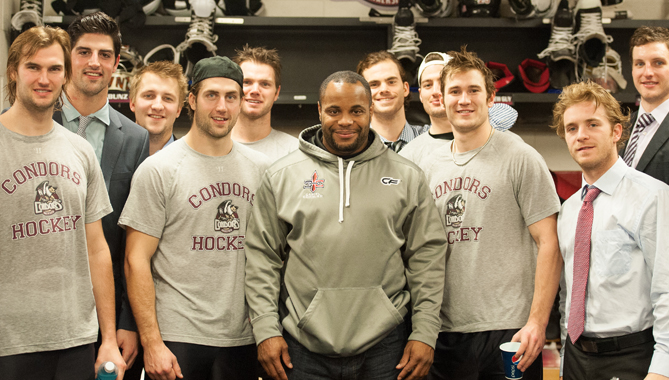 CONDORSTOWN, Calif. – The Bakersfield Condors, ECHL affiliate of the Edmonton Oilers, had their contest against the Las Vegas Wranglers postponed due to road closures in Kern County, but that did not stop well over one thousand fans from enjoying a great evening with the Condors.