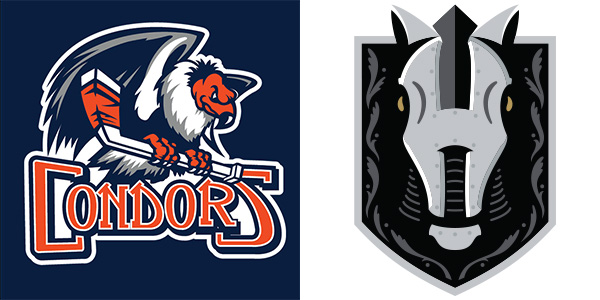 The Bakersfield Condors (4-2-0-0, 8pts) take on the Henderson Silver Knights (2-2-1, 5pts) on Saturday afternoon at 4 p.m. Bakersfield has won two straight and looks for their third win in less that 72 hours.

The Condors allowed just 15 shots yesterday, the fewest for an opponent against the Condors in the AHL. At 24 shots against a game, the Condors pace the AHL. On the flip side, Henderson allows the most shots in the AHL at 40+.

Seth Griffith has a point in each of the six games (2g-6a) so far this year. His eight points is tied for fourth in the AHL.

20-year old rookie d-man Philip Broberg has four assists this season. He is tied for third among rookie d-men in scoring.

The Condors power play has scored in each of the six games this season. The unit is 9th in the AHL at 23.3%. Yesterday, James Hamblin scored the team’s first shorthanded goal of the season.

COOP WITH THE SCOOP

Cooper Marody has found his scoring touch with five points (2g-3a) in the last three games, including two multi-point games.

UP NEXT: The Condors are in San Diego on Friday at 7 p.m. and home against Ontario on Saturday at 7 p.m.