The Bakersfield Condors host the Ontario Reign on Dignity Health Home Ice at Mechanics Bank Arena at 3 p.m. It is the first of two on the weekend televised LIVE on 23ABC presented by Three-Way Chevrolet and Dignity Health. Additional broadcast outlets include Fox Sports 970 AM, iHeartRadio App, and streamed on AHLTV. 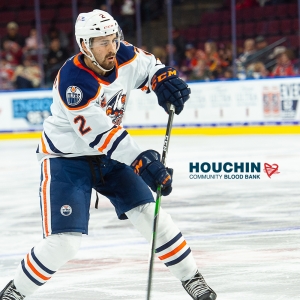 For just $10 thanks to Houchin Community Blood Bank. Click the button below to purchase your raffle tickets. 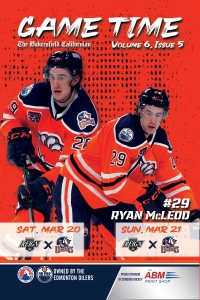 Download the all-new digital GAME TIME Magazine featuring Ryan McLeod on the cover and a feature with d-man Markus Niemelainen.

Bakersfield’s own Celeigh Chapman will perform tonight’s National Anthem. A graduate of USC’s prestigious Thornton School of Music, her work has been featured in numerous films, television, and video games including Sony Pictures, EA Games, TBS, and FOX. Her music is available on iTunes and Spotify.

The Bakersfield Condors open up a two-game set with the Ontario Reign at 3 p.m. Bakersfield has won the first two games in the eight-game season series. Today’s game features two of the hotter teams in the AHL with the Condors having won nine of 10 and the Reign with four consecutive wins.

Bakersfield fired 40 shots on Wednesday night in a 4-3 loss at San Jose. The loss snapped the team’s nine-game winning streak. C Adam Cracknell and RW Seth Griffith scored less than a minute apart to cut a three-goal deficit to one, but the Condors could not find the equalizer. Cooper Marody extended his point streak to a team record 11 games with an assist.

Ontario swept Tucson on the road. In Wednesday’s 6-2 win RW Arthur Kaliyev scored twice and added an assist. LW Boko Imama scored for the second straight game and had two points. It was the third win over the Roadrunners this season for Ontario who also knocked off division-leading Henderson last Saturday.

BENNY AND THE JETS

G Stuart Skinner has won his last nine starts since Feb. 19. Over that span he has a 1.33 goals-against average and a .951 save percentage with two shutouts. Overall, he leads the league in wins by two, is second in GAA and fourth in save percentage.

Ontario has outscored teams 20-8 on its current four-game win streak… Arthur Kaliyev has five goals and two assists for seven points in his last four games… Quinton Byfield has goals in his last two and is on a three-game point streak (2g-1a). He was drafted second overal in the 2020 NHL Draft… Rasmus Kupari had an eight-game point streak end on Wednesday. He has 2g-8a over his last nine games.