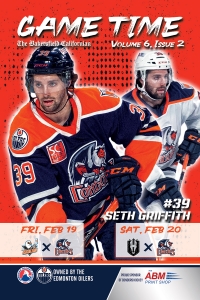 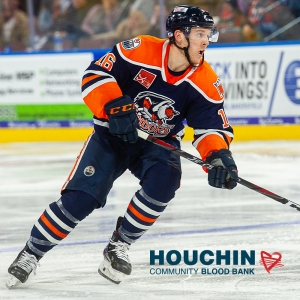 The Bakersfield Condors and Henderson Silver Knights meet in primetime and for the third time this month. Henderson swept the opening series last weekend by scores of 3-1 and 3-0.

Bakersfield opened its winning account last night with a 5-1 victory over San Diego to hand the Gulls their first defeat of the season. Five different Condors lit the lamp as the team led 3-0 after one on goals from LW Luke Esposito, RW Joe Gambardella, and LW Tyler Benson. C Ryan McLeod and LW Adam Cracknell each scored their first goals of the season in the third period to seal the win. G Stuart Skinner earned his first victory of the season with 22 saves.

Henderson has been off since the 3-0 shutout win of the Condors last Saturday. G Dylan Ferguson stopped all 24 for his first AHL shutout. D Ryan Murphy had a goal and assist.

The Condors have consistently gotten off to good starts in games this season. Eight of the team’s 13 goals this year have come in the first period, including three last night. On the season, the Condors have taken a 1-0 lead on four of six occasions.

GAMBARDELLA FILLS IT UP

On Wednesday, RW Joe Gambardella became the fourth Condors player to amass 100 points with Bakersfield in the AHL. He followed up that performance with a goal and assist last night.

The Condors are up to fifth in the AHL in shots per game at 33.67 a contest. The team is seventh in shots against at 25.50. D Vincent Desharnais is second among all AHL blueliners in shots with 15.

C Ryan McLeod and LW Tyler Benson each had goals last night and paced the team with five shots each… LW Alan Quine had his first multi-point night as a Condor with two assists… LW Adam Cracknell had a goal and assist… D Vincent Desharnais was a team season high +3 with an assist last night… G Stuart Skinner has started each of the last three games… LW Tyler Benson’s power-play goal was the team’s first of the season and snapped an 0/16 drought to begin the year.

Henderson has allowed just five goals in four games this season and has outscored the opposition 17-5 on the campaign… RW Danny O’Regan is t-6th in the AHL scoring race with six points (2g-4a)… G Logan Thompson is third in wins with three… D Ryan Murphy is second among blueliners in scoring with five points (3g-2a). He has scored on three of his seven shots this season.