The Bakersfield Condors host the Henderson Silver Knights on Dignity Health Home Ice at Mechanics Bank Arena at 6 p.m. Bakersfield is unbeaten in 10 straight on home ice (9-0-1). Catch the game for free on the team’s Facebook page as it is the AHL Facebook Friday Game of the Week. It will also be broadcast on Fox Sports 970 AM, the iHeartRadio App, and streamed on AHLTV driven by Three-Way Chevrolet. 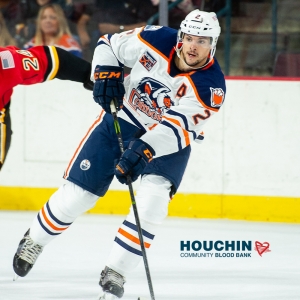 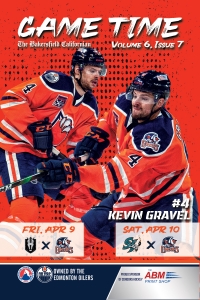 TONIGHT
The Bakersfield Condors and Henderson Silver Knights meet for the first time since February 20. Bakersfield won that matchup, 3-0, the first loss of the season for Henderson, who continues to pace the Pacific Division.

The Condors earned a 5-4 overtime win on Tuesday in El Segundo. Ryan McLeod had a hat trick and four points to pace the road team. Olivier Rodrigue picked up his second win of the season, stopping 28 of 32 shots.

Henderson split a series in San Jose during the midweek. Dylan Sikura and Ben Jones staked the Silver Knights to a 2-0 lead on Wednesday, but San Jose rallied for four straight in a 4-2 win. Logan Thompson stopped 38 of 41 and suffered just his third loss of the season.

Bakersfield improved to 3-0 in overtime this season following Tuesday’s win. Ryan McLeod has two overtime goals this season with Luke Esposito collecting the other. The Condors are 1-1 in shootouts this year.

Cooper Marody and Ryan McLeod are tied for the league lead at +17. Tyler Benson is fourth at +14.

Ryan McLeod was held off the scoresheet in the team’s opening five games of the season. Since then, the second year pro has amassed 22 points (11g-11a) in 17 games.

Cooper Marody leads the AHL in goals with 14… Tyler Benson is third in the AHL with 17 assists… Kevin Gravel was a team high +3 in the win on Tuesday and assisted on the game-winning goal… Seth Griffith has a goal and eight assists for nine points over his last eight games… The Condors penalty kill was 5/5 on Tuesday and scored shorthanded… Bakersfield’s offense is 7th in goals per game at 3.41.

Rookie Jack Dugan is second in scoring among first-year players with 20 points (3g-17a). Nine of his assists have come on the power play… Ryan Murphy leads all d-men in scoring with 17 points (4g-13a). 10 of his points have come via the man advantage… The Silver Knights are 13-3 when scoring first… Henderson is second in goals against at 2.17 a game despite allowing the second most shots against in the league at 33.78.