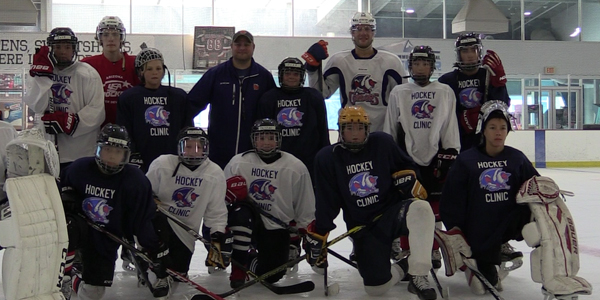 Early this summer, the Bakersfield Condors announced the formation of the Junior Condors youth hockey program with former Condors coaching at all levels of the program. The team will also purchase jerseys for the first year and establish a scholarship fund for future seasons to provide less fortunate families with the opportunity to participate in the program.

This week, Condors Assistant Coach J-F Houle and captain Ryan Hamilton helped work on skills, on-ice, and off-ice with a group of campers in preparation for the upcoming season.

Hamilton, who recently signed a two-year contract to stay in Bakersfield, has made a home in California.

For more information on the Jr Condors program: click here.