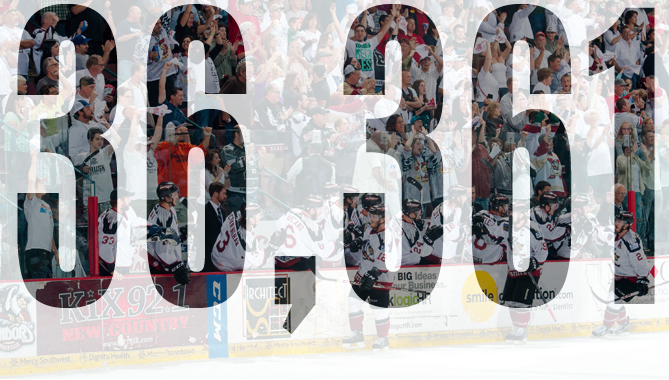 The team averaged 4,545 fans for eight home games and the team was 6-2 on home ice. Of the the 16 teams in the playoffs, Bakersfield had the 4th highest average attendance.

Followon TwitterSubscribeto RSS Feed
Why no goaltenders on the list?