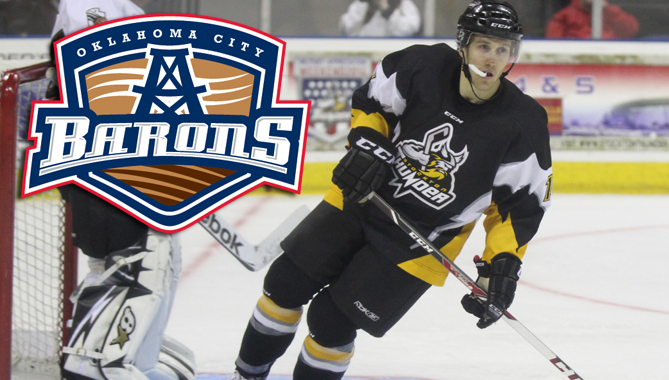 CONDORSTOWN, Calif. – The Bakersfield Condors, owned by the Edmonton Oilers, announced today that the Oklahoma City Barons have acquired LW Greg Miller from the Bridgeport Sound Tigers for RW Nicholas Tremblay. Miller has spent the majority of the season with the Stockton Thunder and is being assigned to Bakersfield.

Tremblay played 41 games with the Condors this season and tallied 16 points (8g-8a).