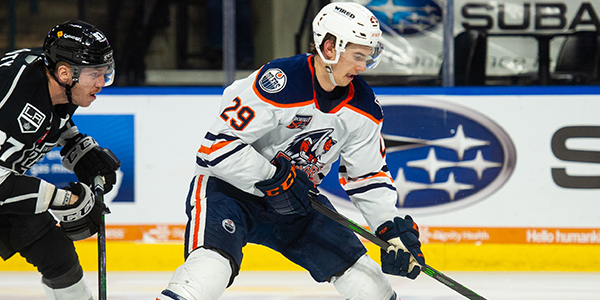 Ryan McLeod has been recalled by the Edmonton Oilers. The 22-year old had five points (1g-4a) in seven games with Bakersfield.

He made his NHL debut last season with Edmonton and appeared in four Stanley Cup Playoff games in 2021.