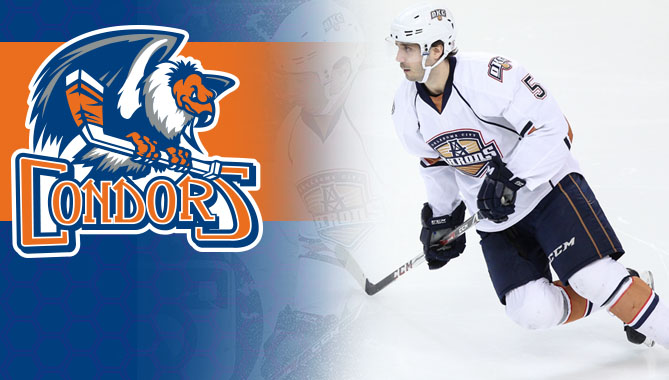 D Nick Pageau
CRAFTS FOR THE DRAFT PARTY & LOCKER ROOM TOURS FRIDAY
Join the Condors at Rabobank Arena Friday afternoon in the Tap Room for a Members-Only NHL Entry Draft party, starting at 3:30 p.m. The first round of the 2015 NHL Draft will be on all of the TVs and the Oilers have two picks (#1 and #16). All draughts of craft beer will be half off, and staff will take Condors Members on tours of the new locker room work zone.
It’s also the last chance for members to take advantage of the pre-sale for the Kings v. Coyotes NHL preseason game in September. After Friday, all unreserved seats will be released to the general public.
Be part of history as the Condors move to the American Hockey League in 2015-16. Become a ticket member and enjoy all of the great benefits by contacting the Condors at 324-PUCK (7825) orclick here for more information.