Take a look back at the season of RW David Gust

He has two game-worn, signed jerseys from the season available in the online team store.

HIGHLIGHT OF THE YEAR

Gust snipes his 12th of the year and his team-leading third game-winning goal of the year.

Gust celebrates a goal against the Moose 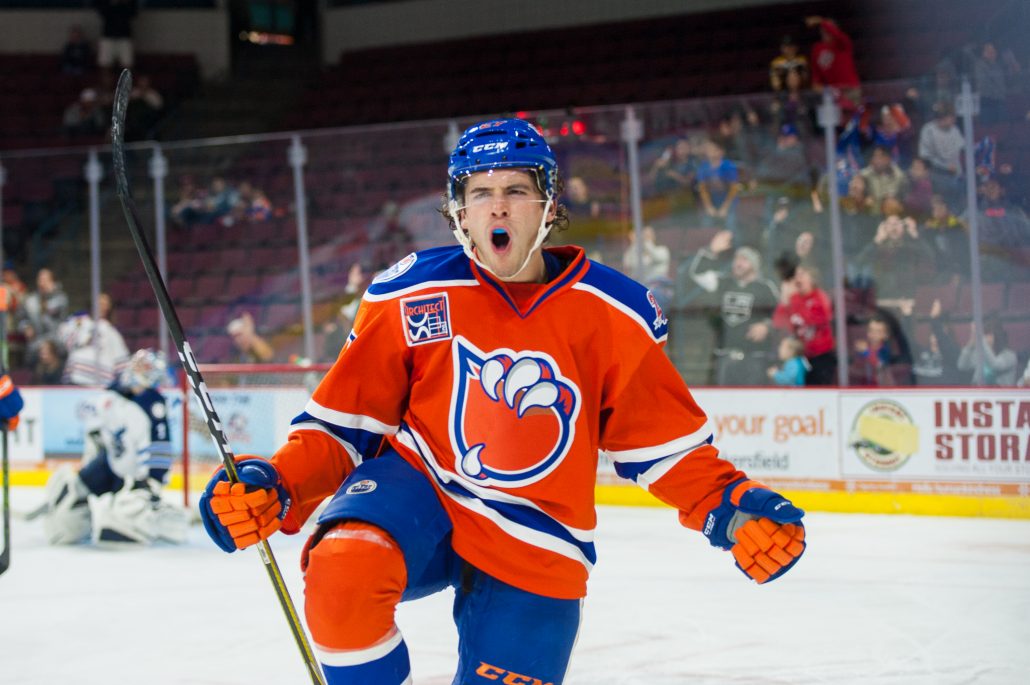