“The organization took a big step forward this past year. This is a great place to play in the AHL and I know a lot of guys would like the chance to play here.”

Josh Currie celebrates after scoring a goal against Ontario in March. He finished the season with a hat trick and had 22 goals, a new AHL high for him. 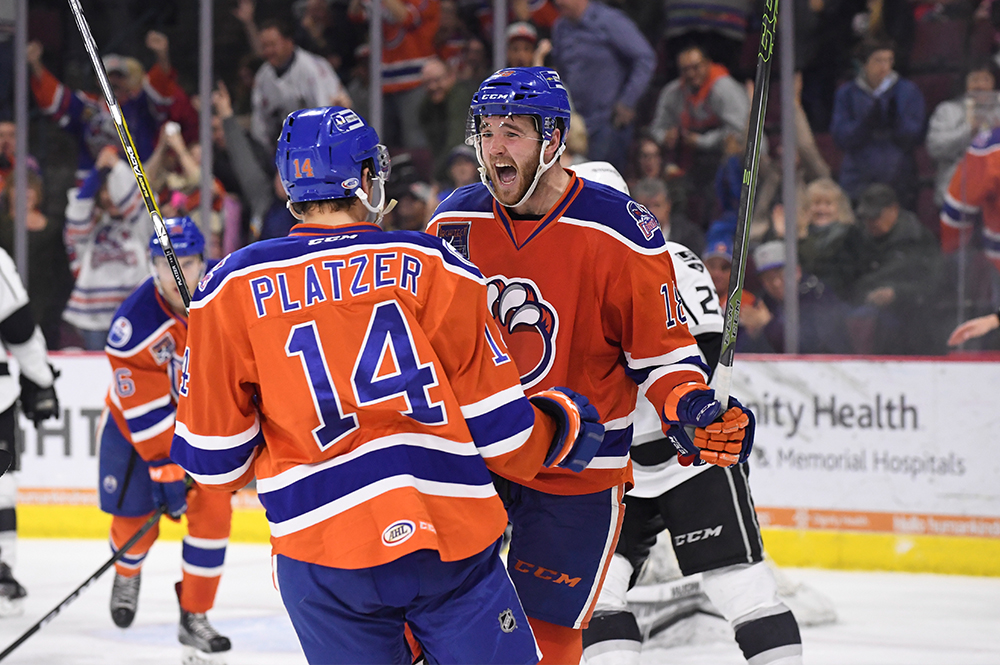 Followon TwitterSubscribeto RSS Feed
What You Need To Know – Edition 10