2017-18: Signed a one-year NHL contract with the Oilers in the offseason

GET TO KNOW KEEGAN WITH THESE FIVE FAST FACTS:

Keegan and father, Kevin after Keegan was drafted by the Carolina Hurricanes in the 2011 NHL Draft 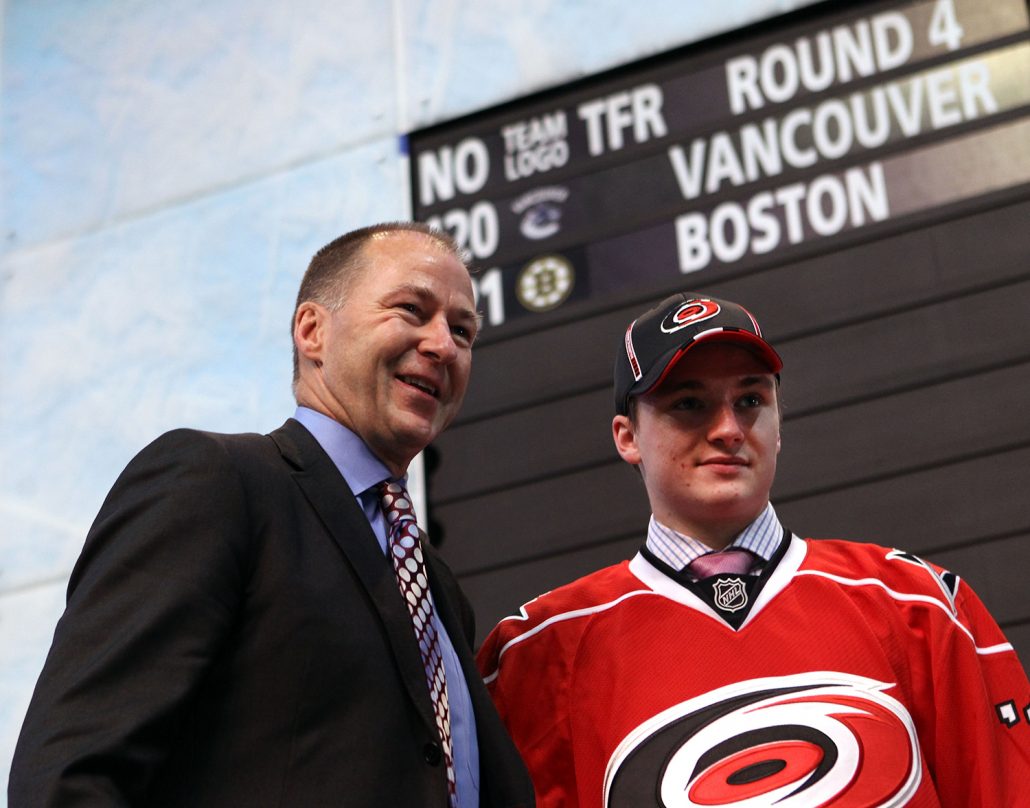