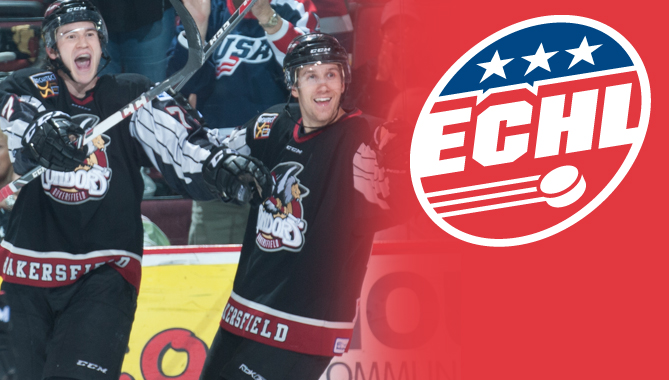 CONDORSTOWN, Calif. – The Bakersfield Condors, owned by the Edmonton Oilers, announced today that LW Chase Schaberhas been named the Sher-Wood Hockey ECHL Player of the Week for March 31-April 6. It is the fourth weekly ECHL award the Condors have won this season and the first for Schaber.
WATCH: Schaber scores GWG against Las Vegas
SCHABER – stats

In other ECHL news, G Laurent Brossoit was named runner-up for ECHL Goaltender of the Week after going 3-0-0 with a 1.95 goals-against average and a .929 save percentage. He tied the ECHL record with his 8th shutout of the season on Tuesday, April 1 in Las Vegas.