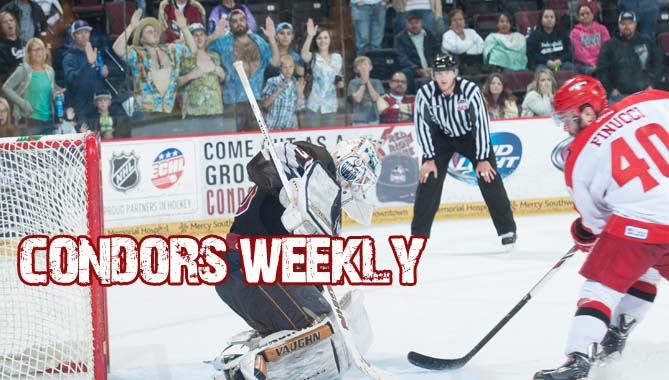 CONDORSTOWN, Calif. – The Bakersfield Condors, owned by the Edmonton Oilers, had a perfect 4-0 week, with wins over Las Vegas and Ontario, and find themselves tied with the 5th place Colorado Eagles in points in the Western Conference standings. The Eagles currently retain the 5th spot by virtue of their win percentage – the deciding factor in the standings this season due to an unbalanced schedule.

Notes from the Nest:

NOTE: This game was scheduled for the postponed game on Dec. 7. If you still have a ticket to the Dec. 7 game, exchange it for a ticket to this game at the Condors office.

Schaber named ECHL Player of the Week
Scroll to top