FIVE FAST FACTS ABOUT HIS SEASON:
1) Career highs in goals (18) and points (40) as he finished fourth on the Condors in scoring during the regular season
2) Made his NHL debut on November 17 in Calgary, played six games with the Oilers, and was one of five Condors during 2018-19 to make their NHL debuts
3) Tied for the team lead with two shorthanded goals and was third in shots; his six shorthanded goals is the most in Condors AHL history
4) First season he did not play in every game of the Condors season as his ironman streak of 147 consecutive games played was interrupted by a call-up to Edmonton; it was the third longest active streak in the AHL and was the longest in Condors AHL history
5) Represented Denmark (third time) following the Condors Calder Cup Playoffs run at the IIHF World Championships

WHAT HE’S SAYING:
“We have a bright future – a lot of young guys who want to get better every day. Nothing but praise for the coaching staff down here,” – Russell on a large nucleus of the 2018-19 Condors set to return to the organization.

HIGHLIGHT OF THE YEAR:
Patrick Russell scores a shorthanded game-winner in a series clinching Game 4 win over Colorado.

FROZEN MOMENT:
Russell scores one of his career-high 18 goals at home against Colorado on January 2 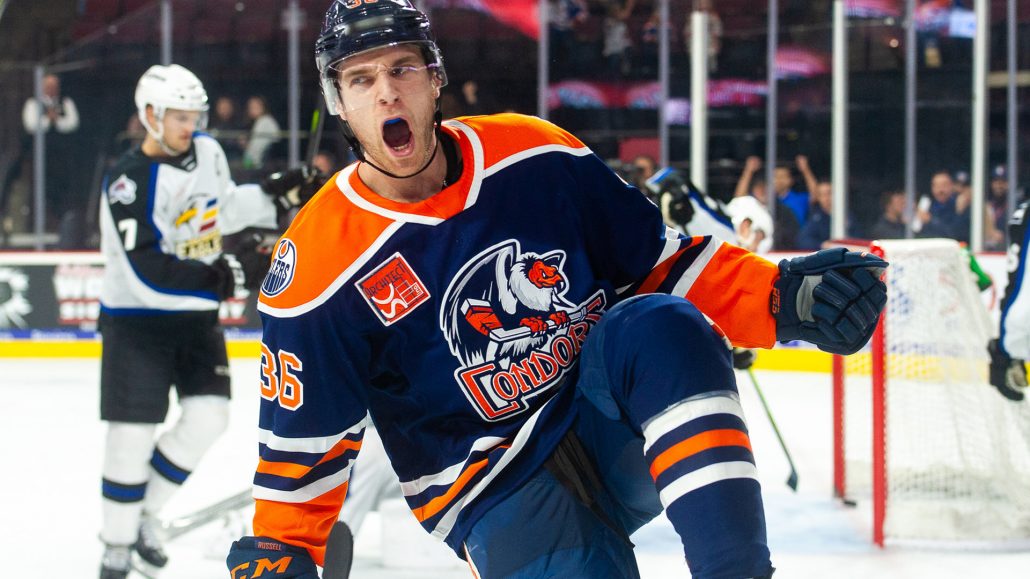 Check back each week as we hit the rewind button on a Condors season. With July 4 coming up, USA Gold Medal Winner Caleb Jones will be profiled next week.