FIVE FAST FACTS ABOUT HIS SEASON:
1) Among AHL goaltenders, finished third in wins (27) and goals against average (2.33), and was fifth in save percentage (.918)
2) Named to the 2018-19 AHL All-Rookie Team and AHL Second All-Star Team
3) Went a perfect 9-0 in the month of February as part of the team’s historic 17-game winning streak and was named AHL Goaltender of the Month for February; he won 14 consecutive decisions during the stretch
4) His four shutouts were the most in one season for a Condors goaltender in the AHL
5) Led all AHL rookies in wins and save percentage

WHAT HE’S SAYING:
“We’ll learn from that playoff run. We’ll build off it and we’ll come back next season ready to go.”

HIGHLIGHT OF THE YEAR:
Shane Starrett makes a trio of saves in Tucson during the Condors 17-game winning streak

FROZEN MOMENT:
Known for his fun and loose personality, Starrett shares a laugh during warmups in San Diego back in January 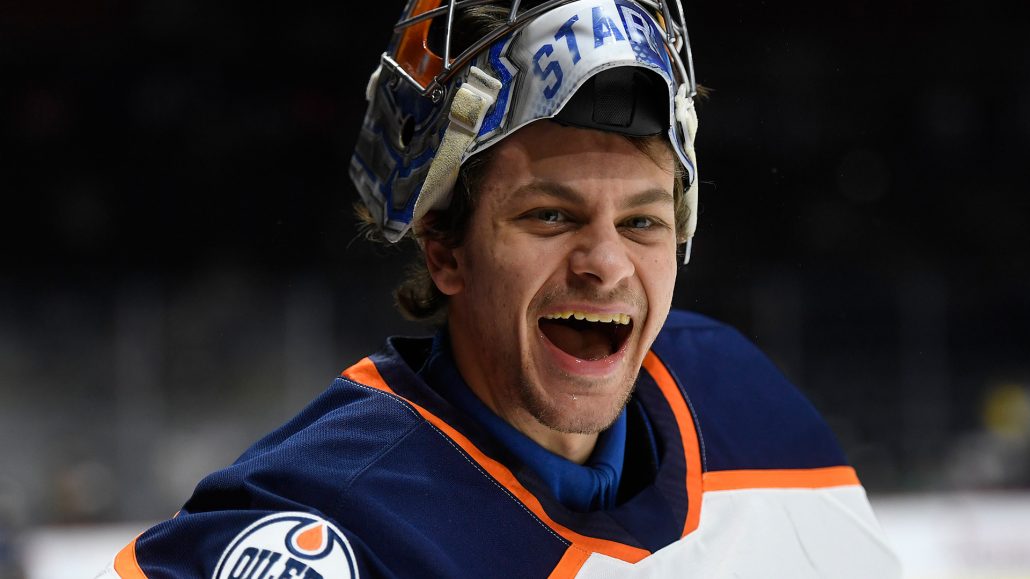 Check back every week for a look back at some impressive individuals from the 2018-19 season. Next week, we’ll feature Patrick Russell.