FIVE FAST FACTS ABOUT HIS SEASON:
1) Led the Condors in scoring and was second in the AHL among rookies in scoring; his point total set a new Condors AHL record
2) Led all AHL rookies in assists with 51
3) Named to the 2018-19 AHL All-Rookie Team and AHL Second All-Star Team
4) Named AHL Rookie of the Month in March
5) Had 20 multi-point games, including matching a team record 10-game point streak from March 2 – March 30

WHAT HE’S SAYING:
“Having a full season of being 100% was good for my body and mentally it felt good. To be able to go into the summer without having to do rehab and be fully healthy will make it a good summer.”

HIGHLIGHT OF THE YEAR:
Tyler Benson scores the team’s only extra attacker goal of the season to knot Game 3 of the Pacific Division Finals at 6-6. Bakersfield went on to win in overtime.

FROZEN MOMENT:
Tyler Benson celebrates a game-winning goal in Iowa as the Condors swept the Wild early in November on the road. 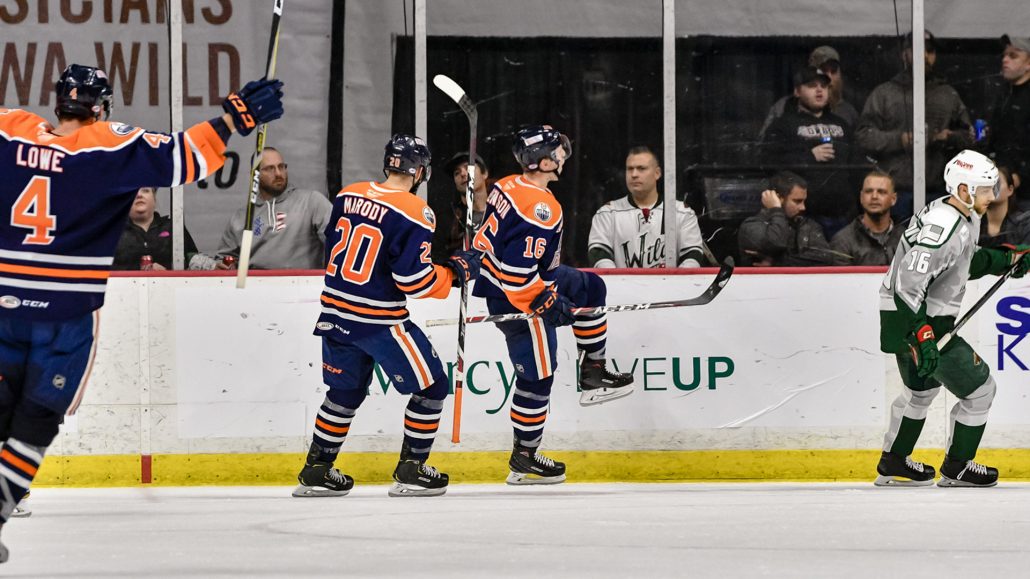 Every Thursday, check back during the offseason as a different player is profiled celebrating an historic 2018-19 season for the Condors. Next week, Cooper Marody will be profiled.