Click here to view the announced promotional schedule with more exciting nights still to be finalized! Become a Condors member and purchase tickets to the biggest games now before they go on sale to the general public by clicking here or calling 324-PUCK (7825).

Book a group with as few as just 10 people as group and suite deposits are being accepted now. With a group of 20 in the lower level you can choose from one of our new styles of hats for your entire group too! Click here or call 324-PUCK (7825) to reserve today. 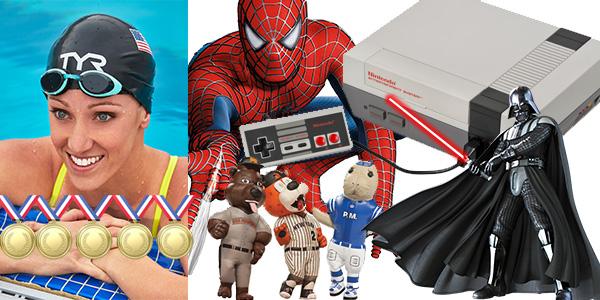 Saturday, Oct. 22 – OPENING NIGHT – Retro Cap Giveaway –  18 years, dozens of colors, and three leagues means we have a ton of retro hat styles; take one home as the new season kicks off; only way to get a ticket now is by clicking here
NOVEMBER

Friday, Nov. 4 – Blaze Night & Pet Awareness Night – take me out to the Condors (ball) game with an ode to the Bakersfield Blaze and baseball in Bakersfield; you can also adopt an animal at the game while helping raise money for local animal non-profit agencies

Saturday, Nov. 5 – Team Poster Giveaway / Meet the Team Party – snag a poster when you walk in and stay after the game for a members & plan holders only party and get it signed by the team

Friday, Nov. 11 – USA Olympic Gold Medalist Dana Vollmer Appearance – fresh off winning Gold in Rio, the five-time Olympic Gold Medal winning swimmer will be on hand for pictures and autographs; a perfect evening for swim clubs and their families; reserve your group today by calling 324-PUCK (7825)

Saturday, Nov. 12 – Football Giveaway – They (still) may not have scored a point since 1994 but we welcome back the LA Rams among other football options such as the San Francisco 49ers, or Oakland Raiders, led by Bakersfield’s own Derek Carr! Pick your favorite football out at the game.

Saturday, Nov. 26 @ 7 p.m. – TEDDY BEAR TOSS – what more needs to be said? Over 100,000 stuffed animals have been donated to local non-profits when the Condors score their first goal; be part of the madness

Saturday, Dec. 3 – Christmas Stocking Giveaway / LASIK Giveaway – chestnuts roasting on an open fire … next to a new Condors Christmas Stocking! And as a perfect holiday gift, someone is going home with better eye sight than when they walked in!

Friday, Dec. 9 – $5 Frenzy – Knit Cap Night – it was so crazy last year, that we’re bringing it back again. Purchase up to two knit caps for just $5 each

JANUARY
Saturday, Jan. 7 – Three-Way Chevrolet Condorstown Outdoor Classic presented by Mission Bank – if you haven’t heard, the Condors will play outdoors at Memorial Stadium on the campus of Bakersfield College against the Ontario Reign: get your tickets here Friday, Jan. 13 – Let It Fly Friday – it’s been called Undie Sunday and Sock Toss Saturday, but this year’s Let It Fly Friday will let fans throw socks, underwear, undershirts, diapers, bras, boxers, and any apparel item on the ice for charity after the Condors score their first goal
FEBRUARY
Friday, Feb. 3 – Scrubs Night – buy a special group ticket and receive a pair of Condors scrubs;book your group here Saturday, Feb. 11 – Superhero Cape Giveaway – first 2,000 kids, 12 and under, will soar away with a Condors Superhero Cape

Saturday, March 11 – Jersey off our Backs / Team Card Set Giveaway – first 2,000 fans, 5 and older, will get a complete Condors team card set; the team will wear specialty jersey to be announced with a post-game jersey auction and five will be given away

Friday, March 24 – Team Flag Giveaway – show your Condors pride with a team flag for the first 2,000 fans, 5 and older

Friday, March 31 – $5 Frenzy – Beach Towels – March in Bakersfield means the temps start heating up; be prepared for the summer with a Condors beach towel and purchase up to two for just $5 each

APRIL
Saturday, April 1 – Jersey off our Backs / Princess Night – come dressed as your favorite princess as many will be on hand to take pictures in the Condors photo booth; the team will wear specialty jerseys to be announced with a post-game jersey auction; plus five lucky fans will win one of five to be given away

Saturday, April 15 – Spider-Man Appearance – our spidey sense tells us the kids will love to meet Spider-Man in the Condors photo booth

FUNNEST 3-PACK EVER – PUBLIC CAN BUY OUTDOOR CLASSIC TICKETS NOW!
Opening Night, Teddy Bear Toss, and the Three-Way Chevrolet Condorstown Outdoor Classic pres. by Mission Bank all for just $56? The Funnest 3-Pack Ever is the only way to get the best seats to the three biggest games of the year before single game tickets go on sale.

HOLTY’S BLOG: A month out
Scroll to top