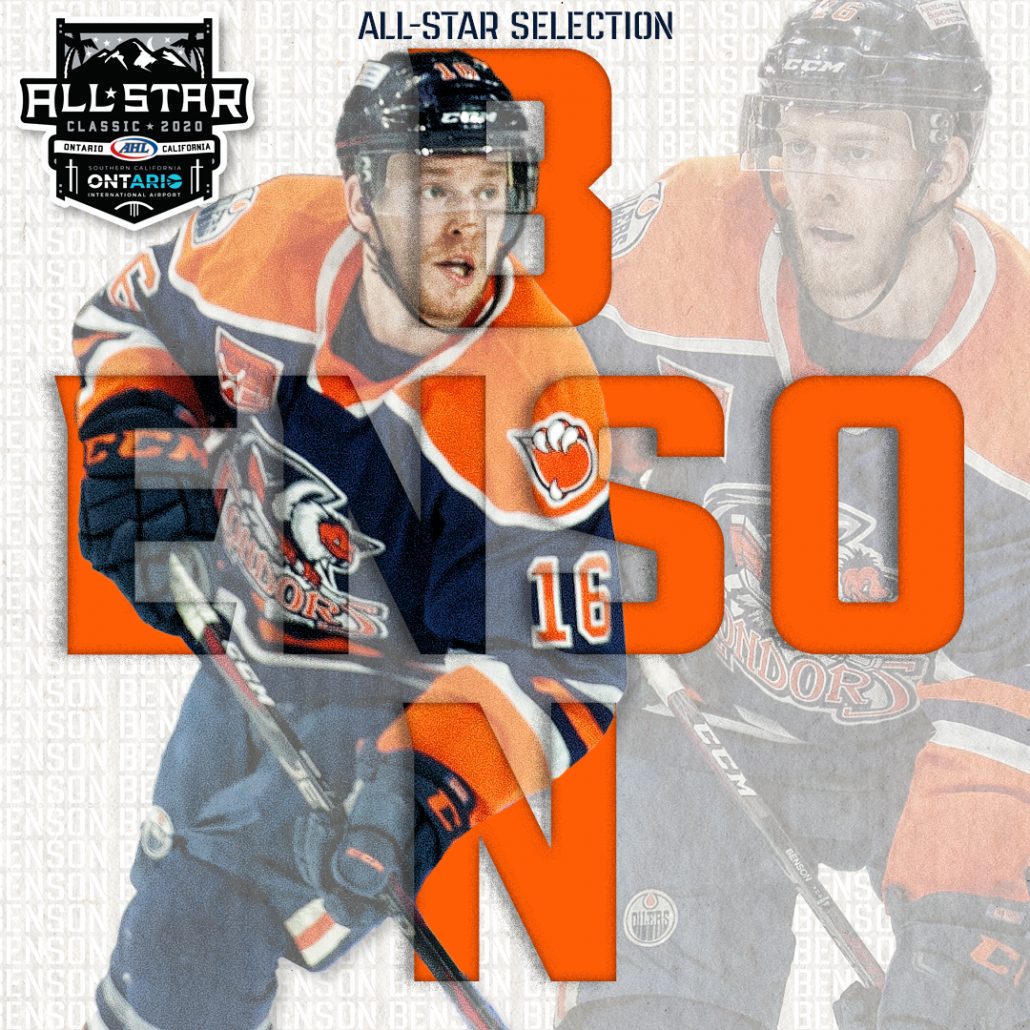 The Bakersfield Condors announced today that LW Tyler Benson has been named to the 2020 AHL All-Star Classic presented by Ontario International Airport on Jan. 26 and 27 in Ontario, Calif. Benson replaces RW Kailer Yamamoto, who will be unavailable for the event.