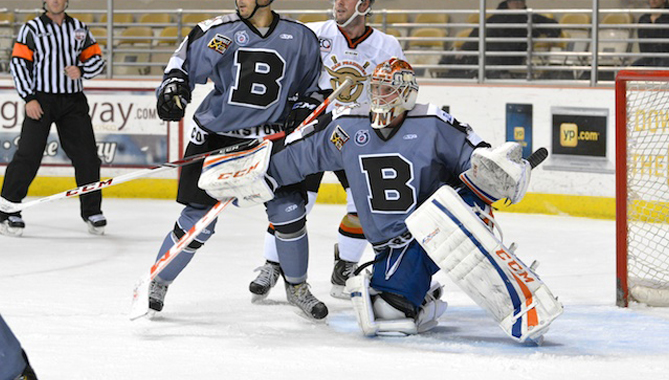 SAN FRANCISCO – The Bakersfield Condors (1-0-0) opened up the preseason with a dramatic 3-2 victory over the San Francisco Bulls (0-1-0), The team got a late tally from F Tyler Brenner  with 26.1 seconds remaining in regulation to take win at Cow Palace on Thursday night.

Skate with the Condors after preseason game Sunday

The Condors lone home preseason game is on Sunday, Oct. 13 at 4 p.m. on Dignity Health Home Ice at Rabobank Arena. Presented by My45, KERN 1180 AM, and R&D Leather, bring a new, unwrapped toy for donation to Toys for Tots, and receive $1 terrace level admission. All lower level tickets are $10 while all upper level tickets are just $5.

Following the game, skate with the Condors and get autographs from the team. Limited skate rental is available for $5.

Condors fall in overtime to Stockton, 4-3
Scroll to top