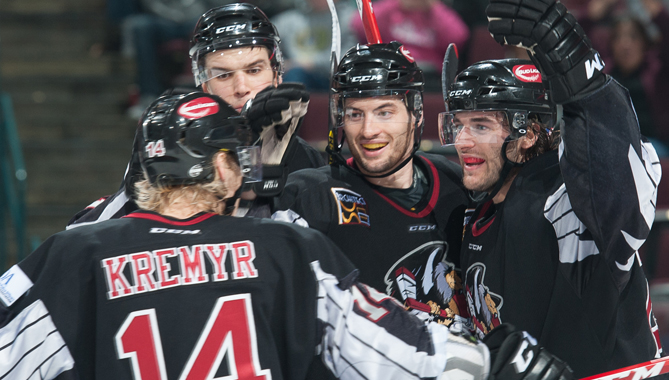 CONDORSTOWN, Calif. – The Bakersfield Condors (23-25-2-5, 53pts), owned by the Edmonton Oilers, clawed their way back from three deficits, tied the game in the final minute of regulation, and prevailed in the shootout, 5-4 over the Alaska Aces (26-23-3-3, 58pts) at Rabobank Arena Monday night.

Returning season ticket holders can take advantage of early enrollment in the brand new AHL Condors Membership. Enrolling by March 15 for 2015-16 will freeze your full or monthly installment price for the next THREE seasons, plus many other great benefits, including free parking! Contact the Condors at 324-PUCK (7825) for more information.

Condors get point in overtime loss, 6-5
Scroll to top