The Bakersfield Condors and San Jose Barracuda meet for the eighth time on the campaign. The Condors are 5-2-0 against San Jose this season and 4-0 at home. Bakersfield is 10-0-1 overall in its last 11 home games. One-goal games have been the story as each of the last five have been decided by a single tally including three games extending past regulation. 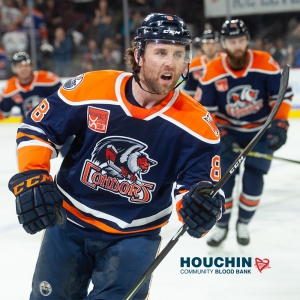 IN CASE YOU MISSED IT
Bakersfield knocked off the division-leading Henderson Silver Knights last night, 5-3. Max Gildon had three points (1g-2a) and Raphael Lavoie scored his first AHL goal. Stuart Skinner took the win between the pipes, his 11th of the season.

San Jose split a series with Henderson earlier in the week, with a 4-2 win on Wednesday at home. After falling behind 2-0, the Barracuda rallied for four unanswered. Josef Korenar stopped 20 shots in the win. Maxim Letunov had two goals.

The Condors are 8-0-1 on the year when leading after two periods. Last night, the team was outshot for just the fifth time in 23 games.

Stuart Skinner has played 1,068 minutes this season, second most for an AHL goaltender. His 451 saves rank him fourth among netminders.

Seth Griffith has a goal and 10 assists for 11 points over his last nine games, including two assists last night… Adam Cracknell has 18 points (6g-12a) in his last 18 games… Stuart Skinner is tied for second in wins for a goaltender with 11… The Condors 11-game unbeaten streak at home is the longest in their AHL tenure… Cooper Marody leads the Condors with nine points (4g-5a) against San Jose. Four of Luke Esposito’s goals this season have come against the Barracuda.

Alexander True leads the Barracuda in scoring against the Condors with seven points (4g-3a) in six games… Joachim Blichfeld has four goals against Bakersfield… San Jose is 0-6 in games past regulation (0-4 OT, 0-2 shootout)… The Barracuda fire the sixth most shots per game at 32.90 a night.