The Condors will provide jerseys for all players in year one and fund a number of scholarships in future years to families needing financial aid.

“To be able to create the synergy between the Condors, being just one step away from the NHL, 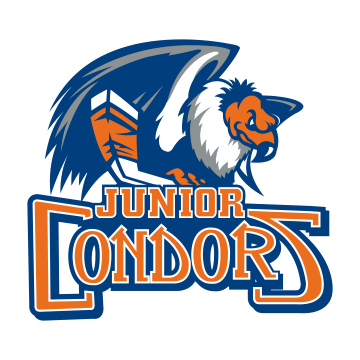 and now the Jr. Condors throughout youth hockey is tremendous,” said Condors Team President Matthew Riley. “Former Condors players coach at all levels while our current players attend practices as well. To be able to have everyone under the Condors identity is a win-win for the community and should attract more kids and attention to youth hockey in Bakersfield.”

“Since 1997 the Kern County Hockey Club has always had an unofficial association with the Bakersfield Condors with our players and families growing up as Condors fans,” said KCHC President Emmanuel Strategos. “The time has come to make that association official. We look forward to wearing the Condors colors and representing our community with dignity in competition while uniting hockey in Condorstown.”

ABOUT THE BAKERSFIELD JUNIOR CONDORS

FIELD TRIP DAY – LOWER BOWL FILLS UP – BOOK NOW!
Everyone’s favorite field trip, the Condors annual Field Trip Educational Day, will be held on Wednesday, Nov. 16 at 10:30 a.m. Commit your school or class today by calling 324-PUCK (7825). The day includes educational themed games, a take-home booklet, a nutritious lunch, and plenty of fun for all ages! Don’t wait until school starts up in the fall to book your classroom or school today!
FOLLOW US ON SOCIAL MEDIA AND GET BREAKING NEWS FIRST
If you followed the Condors on Facebook, Twitter, and Instagram, you would have known this news already. Plus, you will be entertained all offseason long. Do it. You won’t regret it.
https://www.bakersfieldcondors.com/wp-content/uploads/2016/06/JR-Condors-Logos.jpg 300 600 condors /wp-content/uploads/2022/08/WebSite-Top-Bar-1.png condors2016-06-02 10:37:252016-06-02 10:41:04Junior Condors take flight in 2016-17