SKINNER NAMED CCM / AHL GOALTENDER OF THE MONTH FOR APRIL

Stuart Skinner has been named the CCM/AHL Goaltender of the Month for April 2021. Skinner went 7-2-0 with a 1.93 goals-against average and a .926 save percentage.

The month was capped off with a season-high 33 saves as the Condors beat Henderson on Wednesday, 6-2. Over his nine appearances, the Edmonton, Alberta native allowed just 16 goals.

On the season, Skinner leads all AHL goaltenders in wins (17) and minutes played (1,506). His 2.27 GAA and .916 save percentage are seventh among qualified goaltenders.

Skinner joins Shane Starrett (February 2019) as Condors goaltenders to receive goaltender of the month recognition. Previously this season, Tyler Benson and Cooper Marody (March 2021) were named co-players of the month.

In recognition of his achievements, Skinner will receive an etched crystal courtesy of CCM. 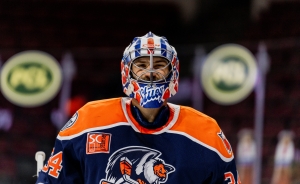 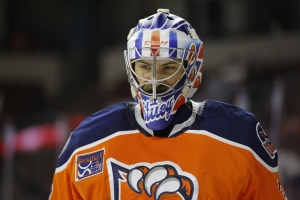 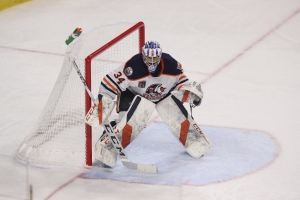