The Bakersfield Condors host the Colorado Eagles for the first time this season to kick off a two-game set. It is game three of the four-game season series with the teams splitting a pair of games in mid-April in Loveland. Tickets are available, digitally only, at AXS.com or by clicking the button below. 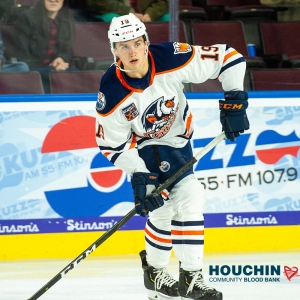 Win a Logan Day jersey for just $10 tonight by entering the Houchin Community Blood Bank jersey raffle. Click the button below to get your tickets. Anyone, anywhere can win. 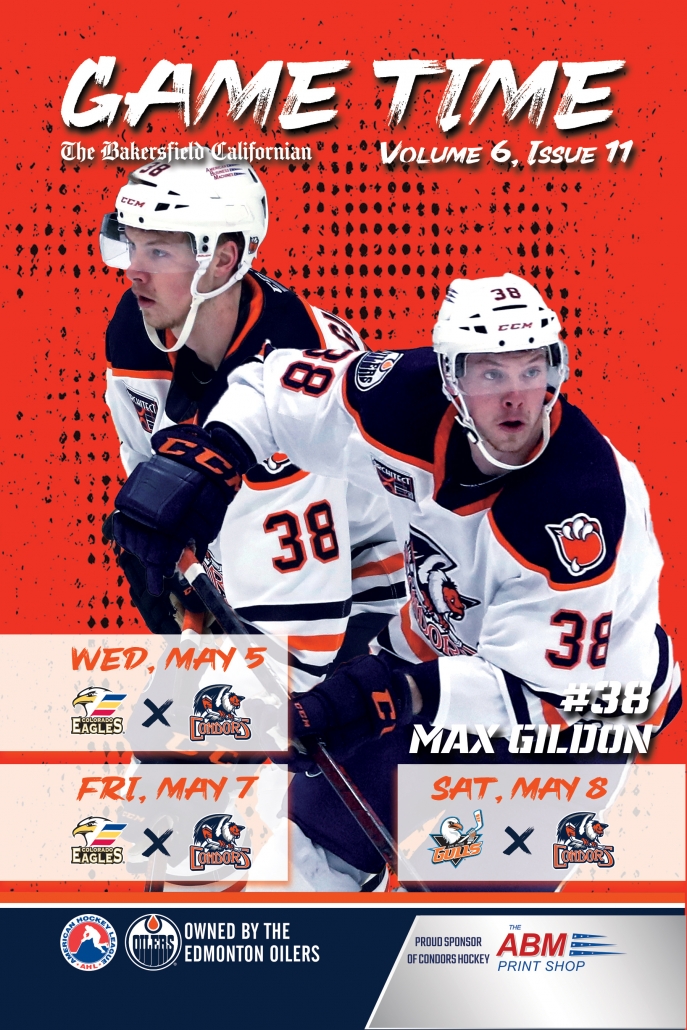 IN CASE YOU MISSED IT
Bakersfield picked up a road win on Monday in San Jose, 5-3. Brad Malone scored twice, Max Gildon had three assists, and Stuart Skinner picked up his league-leading 18th win of the season. Cooper Marody scored his 20th of the year as the Condors wrapped a 10-game season series with the Barracuda with a 7-3-0 record.

Colorado was swept at home in three games with Ontario last week. On Saturday, the team went 2/2 on the power play, but could not hold a 3-2 lead and fell 5-4. Rookie first round pick Alex Newhook scored twice.

THE SITUATION
The Condors sit a point back of the top spot in the Pacific Division following Monday’s win. With Henderson playing one fewer game than the Condors, Bakersfield will need to finish two points ahead of the Silver Knights to claim the division. The two teams meet three times in Las Vegas to finish the regular season next week.

Cooper Marody scored his 20th of the season on Monday, continuing to pace all goal scorers in the AHL. It is a new career high for the Michigan native, who had 19 as a rookie two seasons ago in 58 games.

Max Gildon has seven assists in his last two games following a four-point night against Henderson and a three assist outing on Monday against San Jose. The rookie d-man is third among all d-men in scoring with 19 points (2g-17a) in 27 games. His +18 is second among all blueliners.

TJ Tynan is second in the AHL in assists with 24… Rookie Alex Newhook has nine points (5g-4a) in eight games since joining the team from Boston College. He was recently recalled to the Avs
taxi squad… The Eagles have the top power play in the division at 24.5%.